Quality is never an accident

Newpoint Gas provides gas treating and processing equipment and services world-wide. The company designs and manufactures a full range of both standard and custom-engineered modular units.

Newpoint plants are pre-engineered in modular standard sizes to provide substantially reduced delivery and commissioning times. With a support team on hand twenty-four hours a day, one can be confident that a Newpoint system is the best solution. 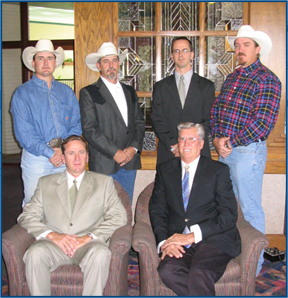 Newpoint Gas, LLC, an Oklahoma Limited Liability Company was formed in 2017 by Wiley Rhodes and Zane Rhodes.  Wiley and Zane acquired the rights to all of the old Newpoint Gas (operations ended 2010) project information and website.  The website is being updated with current information of the projects that Wiley and Zane have done over the years in addition to the work they did for the original Newpoint Gas.

The original Newpoint Gas was founded in 1999 by Wiley Rhodes with a vision of providing the natural gas industry with the finest, most efficient gas processing facilities.  Newpoint Gas designs and manufactures a full range of modular gas processing and treating units.  Our unique design provides:

Newpoint provides unmatched lead and delivery times by pre-engineering gas treating facilities with capacities of 1 million standard cubic feet to over 750.  We pride ourselves on our workmanship where ‘QUALITY IS NEVER AN ACCIDENT’ and are continually developing a global network of quality assured fabricators.

The company quickly grew to include Wiley’s Dad, Quenten Rhodes, who started working in a gas processing facility for Cities Service’s in 1966 as well as Wiley’s brothers, Wade, Joe, Zane, and Jerry who made critical contributions to Newpoint’s success.